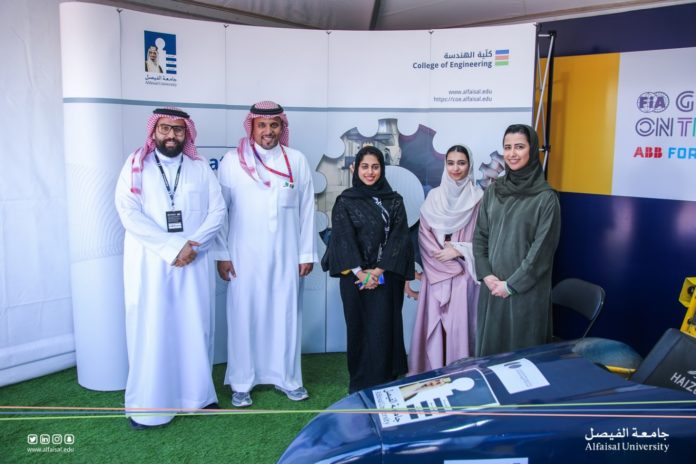 Alfaisal University Automotive Center received an invitation from FIA Women in Motorsport to participate in the Formula EPrix – Diriyah. The Girls on Track event took place between the 21st and the 22nd of November 2019 and it was the first of its kind in the middle east. CoE nominated Felwa Alarwan, Lulwah Alsudairy, Lama AlOthaman and Hadeel Abdo to participate in the event as role models to young girls. Our Engineering students met and spoke to hundreds of young girls on how to pursue their dreams and get into Motorsport and how the Automotive Center has helped them to connect the academic knowledge as future engineers to a hands-on experience. Their mechanical and electrical engineering background was of a great asset when they were building their race car. Alfaisal University was the only university in the event and it also had the only all women team in the middle east.