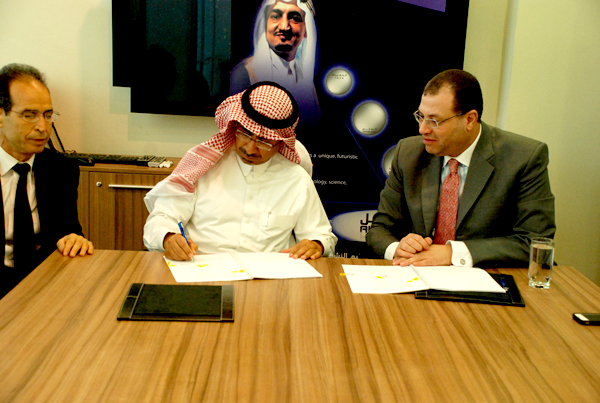 Alfaisal University under the supervision of Dr. Faisal Al Mubarak, Provost and CAO (Chief Academic Officer), recently signed a strategic partnership with IELTS (International English Language Testing System) Australia to become the official IELTS testing center in the region.  Within the framework of its ambitious plan in cooperation with international bodies, the aim is to support all students who wish to complete their studies in local and international universities. Alfaisal University has IELTS as one of the admission requirements for programs and courses that require the English language proficiency.

Alfaisal University has made significant efforts in attracting international stakeholders. “Alfaisal is aggressively pursuing opportunities to forge functional partnerships with prestigious global partners  such as IELTS,“ commented  Prof. Nouredine Zettili, Acting Dean of the College of Science & General Studies at Alfaisal University (AU); “a co-branding partnership between AU and IELTS is a win-win and highly rewarding proposition for both sides.” Many of those who took the IELTS exams at Alfaisal University acknowledged the level of professionalism of Alfaisal staff and the state-of-the-art examination hall which helped to attract over 2000 test takers in the latest few months.