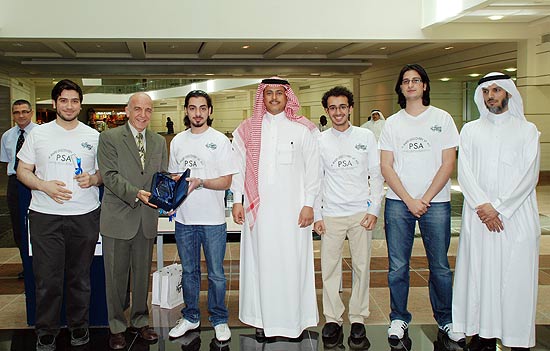 Students from the Colleges of Medicine, Engineering and Business, were invited to present their research activities/ proposals/future programs through posters in the presence of faculty members, students and the public, at an event held on Wednesday 28th April in the Alfaisal University Campus. Dr. Maher Alodan, VP for Research and Graduate studies opened the proceedings with a key note speech in which he stated, ‘this event today is one of the first for Alfaisal University, and judging from our students and faculty response it just strengthens the view that research is indeed one of the missions of Alfaisal University’.

The winning posters were announced at the awarding ceremony, where Acting Provost; Ronald Bulbulian handed over certificates to all participating authors and trophies to the winners.

Karam Hamweyah , Mohammed Diya Sabbagh, Bakir Swaid, and Abdulaziz Alkattan, from the College of Medicine were awarded first place in the competition for their poster entitled ‘Persistent Bilateral sciatic artery: a rare discovery at the Alfaisal University’.

In second place: Ziad El-Sawah from the College of Engineering; for a poster entitled  ‘Launching Spacecrafts Using Electrostatic Force’. 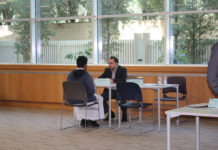 Coffee with your Adviser 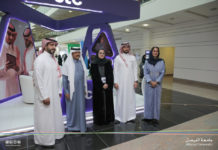 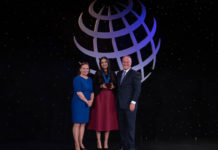