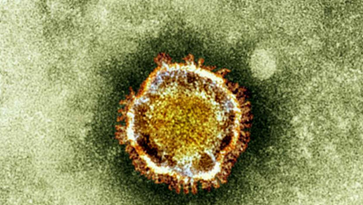 Coronaviruses are a large family of viruses that includes viruses that may cause a range of illnesses in humans, from the common cold to SARS. Viruses of this family also cause a number of animal diseases.

Novel coronavirus which is now officially termed MERS-CoV (Middle East Respiratory Syndrome Coronavirus) is a particular strain of coronavirus that has not been previously identified in humans. There is very limited information on transmission, severity and clinical impact with only a small number of cases reported thus far.

Dr. Ziad Ahmad Memish, Assistant Deputy  Minister of Health for Preventive Medicine and Professor of Medicine at Alfaisal university stated, “Globally, from September 2012 to date, WHO has been informed of a total of 44 laboratory-confirmed cases of infection with MERS-CoV, including 22 deaths. WHO has received reports of laboratory-confirmed cases from the following countries in the Middle East: Jordan, Qatar, Saudi Arabia, and the United Arab Emirates (UAE).”  He went on to add “ France, Germany, Tunisia and the United Kingdom also reported laboratory-confirmed cases; they were either transferred for care of the disease or returned from Middle East and subsequently became ill. In France, Tunisia and the United Kingdom, there has been limited local transmission among close contacts that had not been to the Middle East but had been in close contact with the laboratory-confirmed or probable cases. How widespread this virus may be is still unknown. Currently WHO encourages all countries to continue to closely monitor for severe acute respiratory infections (SARI) and to carefully review any unusual patterns of SARI or pneumonia.”

Common symptoms in patients with MERS-CoV are acute, serious respiratory illness with fever, cough, shortness of breath, and breathing difficulties. Most patients have had pneumonia. Many have also had gastrointestinal symptoms, including diarrhea. Some patients have had kidney failure. About half of people infected with MERS-CoV have died. In people with immune deficiencies, the disease may have an atypical presentation. It is important to note that the current understanding of illness caused by this infection is based on only a few cases and may change as we learn more about the virus.

To date it’s not yet known how people become infected with this virus. Investigations are underway to determine the source of the virus, the types of exposure that lead to infection, the mode of transmission, and the clinical pattern and course of disease.

Over the past year multiple clusters of cases in which human-to-human transmission is either strongly suspected or confirmed. These have all occurred either in a health care facility or among close family members. However, the mechanism by which transmission occurred in all of these cases, whether respiratory (e.g. coughing, sneezing) or contact (contamination of the environment by the patient), is unknown. Unfortunately to date there is no specific treatment for the disease caused by MERS-CoV and treatment should be based on the patient’s symptoms and no vaccine is available. 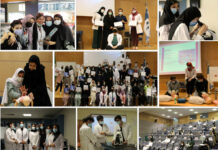