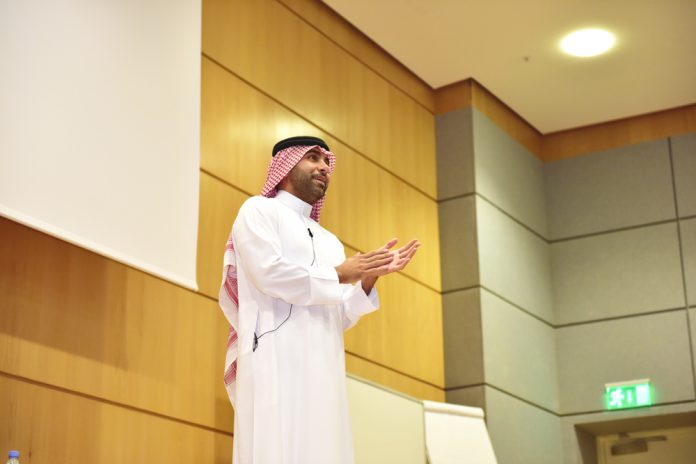 On April 12th, Alfaisal University had the pleasure of hosting a very special guest as part of the COB Executive Lecture Series; Mr. Fahd Al Rasheed.

Mr. Fahd, GCEO and Managing Director of Emaar the Economic City, is a successful Construction and Development professional with a reputation that exceeds him. His lecture focused on his personal journey that got him where he is today.

In 2007, while working at King Abdullah Economic City, it took him only a year to realize that he was made for that job.

When 2008’s financial crisis hit, he wanted to quit his work and find success elsewhere. However, he made the important decision to stay, and that is what he says taught him to never give up.

During the lecture, Mr. Fahd told students to learn this from a young age, and to never take no for an answer; as that is what he stated are the real keys to success.

Medical Board of California Recognition of Alfaisal University College of Medicine