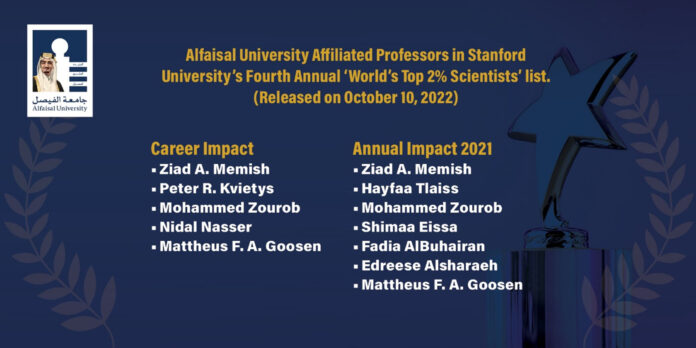 On October 10, 2022, Stanford University released its fourth version of its analysis of citation count based on the Scopus the database. The data is based on analysis provided by Prof. John P. A. Iaonnidis and his team. Since its initial release, the list has become a basis of celebration for universities. Two lists are generated annually, one for career impact, and another for annual impact.

For 2022, the following Alfaisal professors were recognized for their career impact.

Additionally, the following Alfaisal professors were recognized for their impact in 2021.

Congratulations to our professors and we wish them a continuous success. 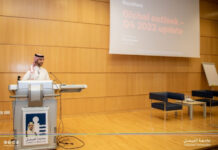 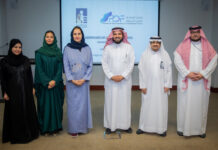