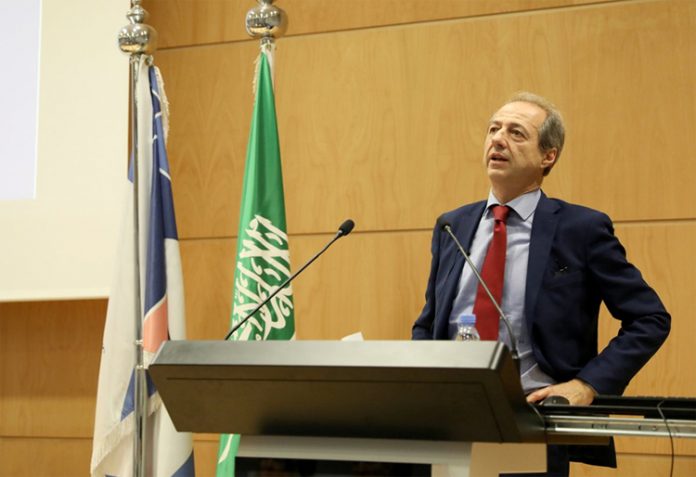 On Thursday, 22nd of November, 2018, Prof. Luca Piretta, Medical Doctor Specialized in Gastroenterology and Nutrition visited Alfaisal University as a part of an Italian delegation headed by the Italian Ambassador to Saudi Arabia Mr. Luca Ferrari, delivered a presentation on “Nutrition Awareness as a mean to a Healthy Diet: The Mediterranean Model”, as part of College of Medicine Lecture Series. 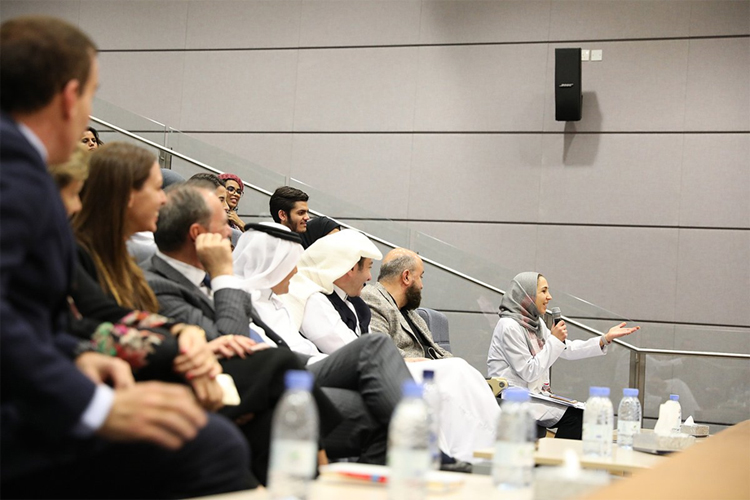 Prof. Piretta expressed his admiration of Alfaisal, stating ‘’ I saw a magnificent university that is growing with new cultural concept’’ as he started his lecture where he discussed many subjects. He presented an overview of the human evolution, and a map of the global distribution of the Obesity and Overweight issue which overwhelms the modern world. The speaker explained the very restricted relationship between food and genes, emphasizing on the importance of understanding the complexity of the Microbiota System and its evolution through infancy and childhood, and the factors affecting it. Then, he listed Microbiota related diseases where the relationship between the Microbiota and brain is disrupted, either by environmental factors or by the presence of bad Microbiota in the GI system, and implying that a healthy Microbiota Is a key to a healthy body.

As for the current state of the health education & awareness, Prof. Piretta stated that’’ we live in a world where we have to face and fight fake news that plays on the fears of people’’, mentioning the example of the Anti – Vaccination wave growing in Europe and America and the vital role played by doctors and health care personnel to fight against that and protect the community from being manipulated by the media.

Prof. Piretta went on to explain the model of Mediterranean diet which is considered an Educational Model and was found to be the best health-related diet on the long-term by researchers.

The lecture was concluded by an interactive discussion between Prof. Piretta and the audience where he answered their question and provided further explanation on some of the facts mentioned in his presentation.