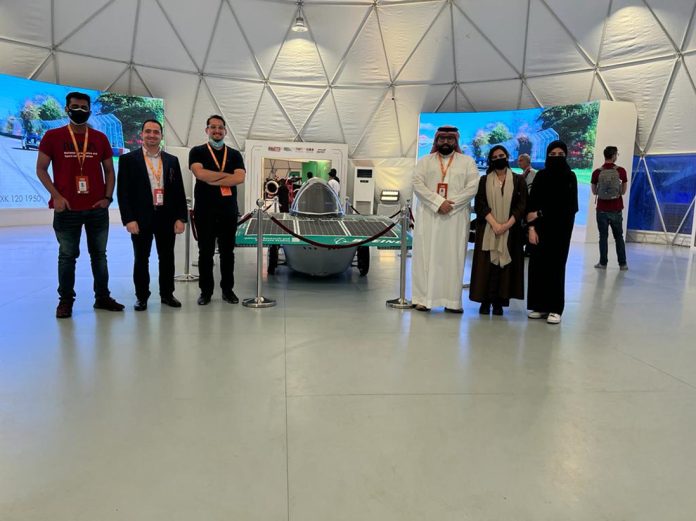 The Saudi Ministry of Culture (MoC) held an exhibition in conjunction with the Formula 1 Grand Prix in Jeddah. Its main feature was Alfaisal University’s Solar Car Areej 1 in the entrance tent at the main event. The exhibition also showcased, in a neighboring tent, the fastest car of each era, starting from the first Mercedes Benz to the Bugatti Veyron.

Areej 1 is the Boeing-funded Solar Car Project’s (BSCP) first operational car that is under development in Alfaisal’s Joint Smart Grids and Electric Vehicles R&D Center JSEC. This College of Engineering (CoE) project is also funded by the Office of Research and Innovation. It was chosen to represent Saudi Arabia in this international event because it showcases what engineering students at national universities in the Kingdom can accomplish. The project supervisor Dr. Ahmed Oteafy and team members Eng. Habib Farooq, Nouf Farhoud, Lama Alshammari, and Amaan Zubairi fielded questions from the event attendees from all over the world and from reporters. Also, logistics and communications was handled by Asem Alakeel (CoE Outreach Officer). In addition, several news channels interviewed the team including, Saudi Sports Channel SSC, MBC 1, and the MoC’s own media crew. 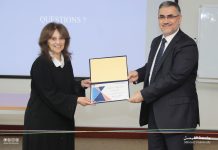 Talk on Applications of Smart Materials to Orthopaedic by Dr. Hind Derar