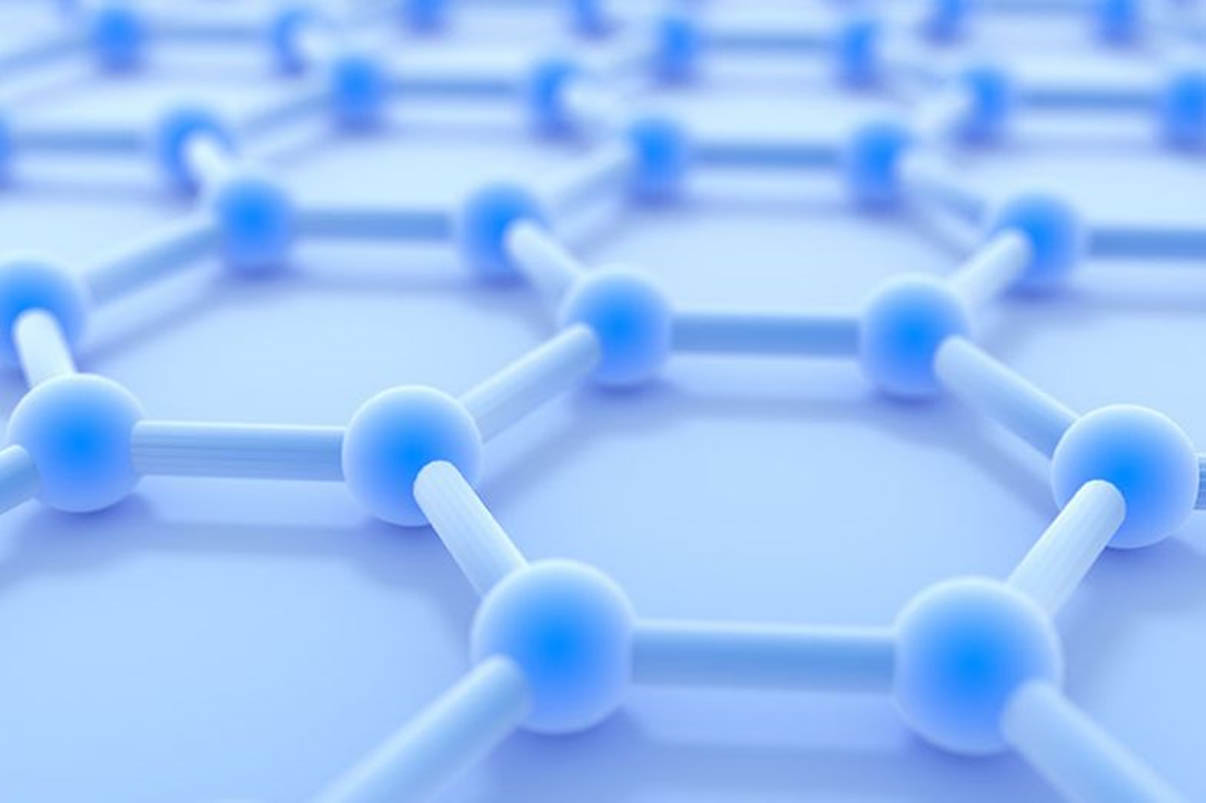 When we talk about technological advancements transforming the way we live, our focus is often on the digital revolution, such as the effects of artificial intelligence and smart technologies. But within physics and chemistry, research into nanomaterials is creating equally profound and important changes in the physical world.

Edreese Alsharaeh, professor of chemistry at Alfaisal University in Saudi Arabia, works with graphene-based composites that are synthesised with nanoparticulate matter to enhance their physiochemical properties. He believes that every aspect of our lives – and almost every product that we use – could be transformed by the application of nanomaterials and likens their discovery to the synthesis of the first polymers. “Almost 100 years ago, the use of polymers had a major, major impact on our daily life,” he says. “We replaced steel. We replaced aluminium. We preserved a lot of natural resources. Nanomaterials nowadays are like polymers 100 years ago. In my line of work, it is the synergetic effect when adding a small percentage of this graphene into the polymer that can do magic.”

Of course, there is no magic, but nanomaterials are perhaps as close to sorcery as contemporary chemistry gets. As Professor Alsharaeh explains, nanomaterials have an inordinately high surface-to-volume ratio compared with materials composed of larger particles, and are thus more reactive, with nano-enhanced materials dramatically more efficient in their design. In some respects, nanotechnology builds on the fundamentals already established by the physical sciences, such as Professor Alsharaeh’s work with graphene and silver composites.

Silver has antimicrobial physiochemical properties capable of killing a wide range of bacteria and fungi, which is why wound dressings often incorporate it as a means of reducing the risk of infection. But by using graphene and silver nanocomposites, these antimicrobial properties can be achieved using far less silver. This, explains Professor Alsharaeh, is a “synergetic effect” that can make a graphene composite with 5 per cent of silver nanoparticles behave with the same antimicrobial properties as 100 per cent silver. Because graphene is flexible, these composites can be used in biomedical contexts such as engineering next-generation bone cement for hip surgery, where infection can be a major cause of morbidity, because the physical demands placed on hips require super-durable orthopaedic solutions.

“We need a product that can stop clinical problems such as infection when you do implants,” says Professor Alsharaeh. “We chose the silver and the graphene because graphene is stronger than steel yet elastic. In our product, the toughness increases 70 per cent and the elasticity is increased by 150 per cent, all from adding 2 per cent graphene.”

With multiple drug resistant bacteria increasingly a problem, finding novel strategies for combatting hospital infections is also a priority for medical science. This is an area where the antimicrobial properties of both graphene and silver might provide the answer; and so it is the focus of extensive research at Professor Alsharaeh’s lab, where graphene and silver have been found to be effective in disinfecting MDR bacteria and E. coli, with the electronic structure of graphene in particular inhibiting bacteria growth. Everyday medical apparatus could incorporate nanocomposites of graphene and silver to stop the spread of infection.

“This composite is very good for coating biomedical devices, which is something that is a major deal when you use a catheter, for example,” says Professor Alsharaeh. “People are [developing an] infection and I think when we coat [devices] with some kind of material like this, that will change. This is in our product development phase now, in addition to the bone cement. Graphene has the potential to revolutionise nanocomposite materials. That it can be anchored with any number of nanoparticles only enhances its versatility and increases the number of real-world applications it could be used for. It is strong, flexible and thermoconductive. “You can make any device out of it,” says Professor Alsharaeh. “It can be used as a substrate for multifunctional properties.”

As he explains, graphene’s structure – with carbon atoms bonded in a flat, hexagonal lattice – is key. Because it is a two-dimensional structure, it restricts electrons to movements along an X or Y axis, and this confinement creates energy that endows graphene with useful optical and electronic properties. “Its electronic properties are actually one of the most attractive things about the graphene,” says Professor Alsharaeh, who adds that graphene can conduct electricity up to 150 times faster than silicon, and be used for superconductors and to manufacture dramatically more efficient integrated circuits for computer processing.

The goal for Professor Alsharaeh’s lab at Alfaisal is to take this research into product development as soon as possible. Besides its medical applications, Alfaisal has a patent with oil and gas giant Saudi Aramco on a graphene-based product that is in the process of commercialisation. “The Kingdom puts a lot of resources in,” says Professor Alsharaeh. “From 2010, since I came to Saudi Arabia…there has been major funding for all scientists, which is a major plan for this energy sector.” With agriculture, medicine, energy and textiles sectors all set to reap the benefits of nanotechnology, the commercial potential of graphene nanocomposites is invaluable.

Professor Alsharaeh adds that he is a chemist, and his passion is for discovery and teaching. “It is very, very rewarding for me to see [that some students] have now finished their PhDs and are making their way in the world,” he says. “This is also about building the culture for future scientists. And I think nanotechnology is the future for all future-first technologies.”

That future will still be shaped by the digital revolution, but when the smart devices in our pockets, homes, workplaces and hospitals are all enhanced by nanomaterials, perhaps that future should be considered a joint venture with nanotechnology.

Dr. Khaled Al-Kattan Participation at The Oxford Debate ‘University of the Future’