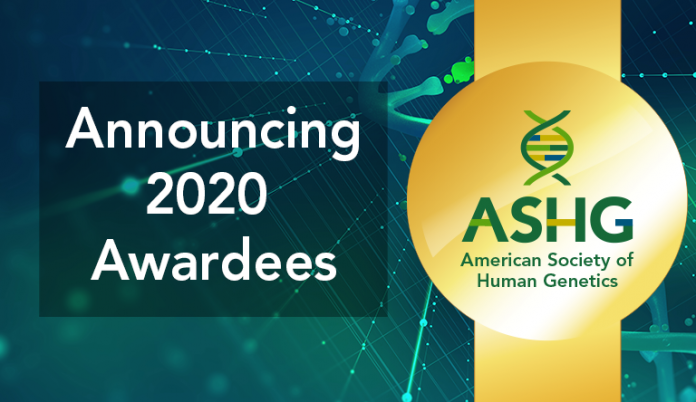 ROCKVILLE, MD – The American Society of Human Genetics (ASHG) has named Fowzan S. Alkuraya, MD as the 2020 recipient of the Curt Stern Award. Dr. Alkuraya is a Professor of Human Genetics at Alfaisal University and a Senior Consultant and Principal Clinical Scientist at King Faisal Specialist Hospital and Research Center, Riyadh, Saudi Arabia.

This annual award, which includes a plaque and a $10,000 award, is named for the late pioneering geneticist Curt Stern, PhD, and recognizes genetics and genomics researchers who have made significant scientific contributions during the past decade.

“Dr. Fowzan S. Alkuraya is an exemplary physician scientist who has taken his clinical observations into basic research in the laboratory,” said ASHG President Anthony Wynshaw-Boris. “In returning to his home country of Saudi Arabia, he seized the opportunity to use his talents as a human and medical geneticist to serve a population with an increased burden of genetic diseases. We are honored to present him with the Curt Stern Award for his dedicated efforts to conduct research in human genetics.”

Dr. Alkuraya is an authority in the area of Mendelian genetics with more than 420 published manuscripts that describe his lab’s discovery of hundreds of novel disease genes in humans, as well as many other seminal contributions to the field of human genetics, as featured in profiles published by The Lancet and Science.  He is a frequently invited speaker at local, regional and international conferences, serves on the editorial board of prominent human genetics journals, and has received numerous prestigious awards, including the William King Bowes Award in Medical Genetics and the King Salman Award for Disability Research. At the young age of 14, Dr. Alkuraya began medical school at King Saud University and later graduated first in his class with honors.  He completed his pediatric residency at Georgetown University Hospital, followed by fellowships in clinical and molecular genetics at Harvard Medical School.  His postdoctoral research focused on developmental genetics in the lab of Richard Maas, MD, PhD at Harvard Medical School.

Through his work on the “autozygome,” he recognized that the special population structure of Saudi Arabia made it possible to use regions of homozygosity to arrive at an accurate map of the morbid human genome for the benefit of mankind, which highlights the global appeal of his work. Dr. Alkuraya’s seminal work on “human knock-outs” has a wide-range of human genetics applications from genome-wide association studies to drug development. “His tireless efforts to understand human genetic disease have led to the discovery of novel mechanisms of Mendelian variants,” said Dr. Morton, writing of his achievements.

Although ASHG made a decision to host the Society’s annual meeting virtually, the exact timing of the Curt Stern Award Presentation is not yet known. An update will be provided as soon as information is available.

About the American Society of Human Genetics (ASHG)

Founded in 1948, the American Society of Human Genetics is the primary professional membership organization for human genetics specialists worldwide. Its nearly 8,000 members include researchers, academicians, clinicians, laboratory practice professionals, genetic counselors, nurses, and others with an interest in human genetics. The Society serves scientists, health professionals, and the public by providing forums to: (1) share research results through the ASHG Annual Meeting and in The American Journal of Human Genetics; (2) advance genetic research by advocating for research support; (3) educate current and future genetics professionals, health care providers, advocates, policymakers, educators, students, and the public about all aspects of human genetics; and (4) promote genetic services and support responsible social and scientific policies. For more information, visit: http://www.ashg.org.

Project Management, Not Only Knowledge!